Budgam: A Biscuit Store worth crores of rupees was gutted in a devastating fire that broke out intervening night of Sunday and Monday in the main market of Narbal area in central Kashmir’s Budgam district.

An official told news agency Kashmir Dot Com (KDC) that a biscuit store identified as ‘Sahil Trading Company’ owned by Mohammad Anwar Lone, a resident of Sopore turned into ashes after a massive fire broke out at Dumail area of Narbal alongside of Srinagar- Baramulla National Highway. Goods worth crores were destroyed in this massive fire.

He said fire tenders were rushed to spot and they brought the fire under control with great efforts of locals and police adding that no loss of life was reported in this incident.

Meanwhile, police have taken cognizance of the incident and further investigation has been set into motion. (KDC) 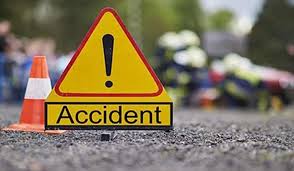 Body of 25-year-old youth recovered near school in Pulwama