A grenade was found by locals during earth filling at graveyard near Iqra Masjid here on Friday, officials said. The device was defused sans damage, they added.

A police officer told GNS that during earth filling at graveyard near Iqra Masjid Magarmal Bagh here, locals found the grenade and according informed police.

Later a bomb disposal squad was rushed to the spot and it defused the device without causing any damage, the officer added. (GNS) 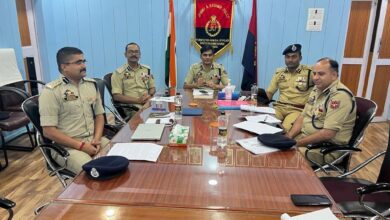 12 injured in road accident in Ganderbal