Baramulla police on Wednesday claimed to have recovered contraband drug from a person during naka search at Delina area of this north-Kashmir district.

A media statement maintains that the police on receiving ‘specific information’ laid a naka at Petrol Pump Khawajabagh during which a suspicious person was intercepted.

Upon searching the person identified as Amjid Hussain, a local, six bottles of Codeine Phosphate were recovered and a case under First Investigation Report (FIR) number 03/2020 under section 8/22 NDPC Act registered against the accused.

“During the course of investigation on the disclosure of accused, 85 more bottles of Codeine Phosphate were recovered from him”, the statement reads.

“Investigations into the matter are going on and more recoveries and arrests are expected”, the statement reads further. (GNS) 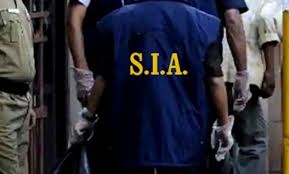