Srinagar: General Officer Commanding of Srinagar based Chinar Corps, D P Pandey on Wednesday asked the militants to be aware of the “white-collar militants” and appealed them to return to their homes and serve the nation instead of indulging in “violence”.

Talking to reporters on the sidelines of a function at Shopian, Pandey said asked the militants to be aware of “white-collar militants”, who manipulate them to choose this path and asked them look at the families of those people who have made them militants.

“Their families are well settled and the youth who pick up guns have been devastated. The youth are the hope for their parents as well as of the country,” he said.

He asked them to surrender guns and return to their homes. “At the age of 17 or 20 nobody is mature and after 25 years of age a person becomes mature. If there is any difficulty, youth can come to us and we will show them the right path,” he added.

He also said that this year there was a decrease in number of newly recruited militants and definitely it will decrease more next year. “It will get finished once the people will cooperate with the govt forces and army personnel,” Pandey said. (KNS) 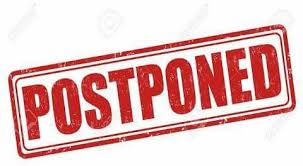