A 22-year-old local youth was found dead in an apple orchard in New colony area of Sopore in north Kashmir’s Baramulla district on Friday morning.

The body was spotted by local people of the area lying in the orchard and informed the police accordingly.

A police official while confirming the incident identified the deceased as Umar Farooq Shosha, son of Farooq Ahmad Shosha of Sopore.

A case under relevant sections of law has been registered and further investigation initiated in this regard, police official said. (KDC) 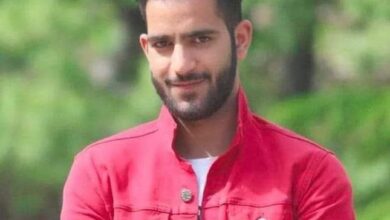