A New Delhi based group has castigated the Peoples Alliance of Gupkar Declaration (PAGD) saying the alliance has “misused freedom of expression by talking ill about the country.”

In a statement issued to the group said that it is without any political or partisan agenda, who are quite disturbed at the manner in which certain vested interests have been continuously trying to misuse the freedom of expression, talk ill about our country and its Constitution, and try to promote separatism. And while doing this, they speak the language of the countries that are hostile to India; and do not hesitate to seek cooperation from them.

Referring to Mehbooba Mufti, the former Chief Minister of J-K, the statement said that she has crossed all the limits of nationalistic and legal propriety and certainly made herself liable to prosecution by contemptuously declaring that she will not hoist national flag of India in Kashmir till the flag of Kashmir is hoisted.

“This is a direct insult to the honour and dignity of the national flag, which is the most sacred symbol of national sovereignty and integrity. The Prevention of Insults to National Honour Act, 1971, provides that whoever shows disrespect to or brings into contempt, whether by words, either spoken or written, or by acts, the Indian National Flag or the Constitution of India or any part thereof, shall be punished with imprisonment for a term which may extend to three years, or with fine, or with both. Through her provocative utterances, she has further incited the people of Kashmir to cause disaffection leading to disturbance of public order,” the statement reads…

“Further, The Jammu and Kashmir Public Safety Act, 1978 (PSA) is a preventive detention law under which a person is taken into custody to prevent them from acting harmfully against “the security of the state or the maintenance of the public order”, the group added in its statement, adding that the head of the Gupkar Gang, Dr. Farooq Abdullah, said that Article 370 will be restored with help of China. When faced with a prosecution facing ‘sedition’ charge, in his customary flip-flop political flirting, he staged a somersault to wriggle out of an indefensible position by saying that his words and gestures did not amount to being anti national, but simply an opposition to the ruling political party at the Centre.

“Both Ms Mehbooba Mufti and Farooq Abdullah have rendered themselves squarely liable to be detained under the Jammu and Kashmir Public Safety Act, 1978; and, further, to be prosecuted under Section 124 A of the IPC for sedition,” reads the statement.

The group further said that on 4 August last year — a day before the special status under Article 370 of the Constitution of India was revoked — the signatories of Gupkar Declaration had vowed to “defend identity, autonomy and special status” of Jammu and Kashmir, meaning thereby that they were striving to reverse the historical landmark of real unification of India as one nation. After a year of hibernation, the so-called Gupkar Gang, all of them having deep rooted vested interests in their privileges, recently made their last convulsion by forging unity against the national mainstream with a view to fan separatist sentiment against India, adding that they have perhaps conveniently forgotten that abolition of the special status under the aegis of Article 370 of the Constitution of India was one of the foremost promises that the present Government at the Centre had made to the people of India.

“The Government at the centre, elected with an unprecedented majority, enjoys a stamp of approval accorded by the Indian electorate, and therefore, it should not have come to anyone as a surprise when the process of real unification of India was completed. Even the international community, barring a few proclaimed hostile countries, held the new arrangement as an internal affair of a sovereign country. A self-seeking class of rulers in Srinagar, which had emerged by capitalising on the unjustified privileges, had to fall in the face of a mighty nationalistic undercurrent in a nation-building structural reform,” reads the statement.

Referring to the Kashmiri Pandits, the statement reads, “The exodus of the Kashmiri Pandits within an Indian democracy where the Constitution provides right to life and liberty to its citizens was a blot on the nation’s conscience. Most of the signatories to the so-called Gupkar alliance had been the cause as well as the silent spectators to the exodus of lakhs of Kashmiri Pandits from their homes. They have been the cause of and also the silent spectators of large scale massacre of minority communities of Hindus and Sikhs. Thousands of residents were denied the domiciliary rights, and therefore, were reduced to secondary citizenship, humiliation and denial of access to their legitimate rights.”

“The privileged Gupkar elite and their cronies had divided Kashmir into a land of a few ‘Haves’ over a very large segment of ‘Have-nots’ due to deep rooted corruption in governance, non-implementation of development schemes and policies of the Central Government, and siphoning off precious resources of the State. In fact, such type of unwarranted controversy created by vested interest obstructs the economic growth of Kashmir,’ adds the statement.

It further reads, “The special arrangement under Article 370 is abolished constitutionally by an absolute majority government chosen by Indian public. Opposing it is against the Constitution, the parliament, the people of India and the makers of the Constitution.”

The group while castigating the members of Gupkar Alliance said in its statement, “The Gupkar Gang is a blemished relic of Indian democracy. It is not surprising that political leaders from Pakistan have of late issued statements in its support.  This shows them in their true unpatriotic colours. The people of India had seen through their narrow selfish goals.  India has moved ahead, leaving them behind the times.  The Gupkar Gang has found its place in the dustbin of history as the new India moves ahead.” (KDC)

Encounter breaks out in outskirts of Srinagar 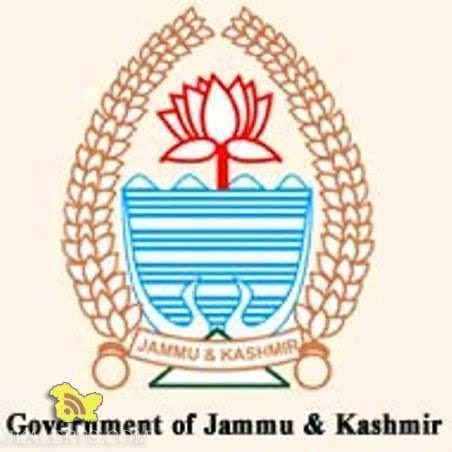