Marriage  a legal contract between a man and a woman. Both the groom and the bride are to consent to the marriage of their own free wills. A formal, binding contract – verbal or on paper is considered integral to a religiously valid Islamic marriage, and outlines the rights and responsibilities of the groom and bride.

Marriage is described as the legal contract between two people that marks the beginning of the family. Marriage is not only physical but a spiritual and emotional tie-up between the two souls. It is meant for purification with the basic aim of preventing a person from assaults of temptation. Marriage not only associates two persons but many families in the bond of love. Marriage is not the mere act of continuing the race legally but it is the way of the actual realization of life. Besides giving an opportunity to grow into selflessness, it also develops a sense of oneness and togetherness among partners in communion.

People have realized negative impacts that early marriages have on children and there has been the gradual decline in cases of child marriages. However, the late marriages having no rule and law have emerged as the new challenge. A Study regarding the number of unmarried over-aged women has shown about 10,000 girls have crossed marriageable age in Srinagar alone. Although it has not been established how many men have crossed the age of marriage yet unarguably their number would also be considerable. Despite the fact that the late marriage is equally disadvantageous for both genders, in case of females it is and should be treated as the grave problem. Because we are living in the stereotypical and patriarchal society where inducing a change is onerous, the society where a girl is still a burden and getting her hand decorated with henna makes a dream of every parent. In the view of these circumstances the only option left is to curb the problem by eradicating its fundamental causes. One more factor that is responsible for a late marriage of girls is the settlement of boys outside of their native state /country. Unemployment has forced many young men to migrate to other states and countries to have economic prosperity.

As per my point of view parents have very much vital role to control the late marriages in our society. When the children are at the age of 23 ,  parents should talk to their children regarding the marriage. It is our misunderstanding that our children are unemployed how they will run their families. As the common fact that we have been listening from childhood that Allah doesn’t sunset untill an ant under the rock gets its meal. Have faith on Almighty Allah ,He surely knows how to run the universe. Late marriages are the reasons that lead to the many evils in the society. The cases of raping of the females in our society is increasing day by day in your society it is also because of the late marriages .  If we marry our children at the right time with the principles of Islam we can stop many evils in your society and can save many lives of our children who committing suicides because of the late marriages.

Dowry is oldest social evil that is still prevailing in both subtle and obvious ways and is a well-established reason of late marriages. In spite of long being said and done against this custom, it is one of the basic existing causes of late-marriages. As per fresh reports, 15 deaths were reported in the last 3yrs over the demand of dowry by in-laws in Kashmir. This evil has impeded the poor parents to think about wed-locking their girls. Kashmir witnessed the new reprehensible trend of serving dishes beyond limits in wedding feasts; even currency notes of the high denomination were presented to guests. Others have to follow such trends compulsively to evade disgrace. But the poor families fail to withstand this pressure and find it difficult to get their daughters married.

To resolve this grave issue, one and all have to come forward for the elimination of above-mentioned problems. Anti-dowry laws should be stricter that can help to contain the problem. Wealthy families should abstain from lavishly staged marriage ceremonies and prefer its solemnization in an austere way. They need to think of lower-classes who get suffered by their undesirable ostentation. Unemployment is a major concern and is rising uninterruptedly. Either we have to delink marriage from employment or there is no solution other than government’s active role to put an end to favoritism and nepotism. The latter would not only generate competitiveness among youth but would help to check the problem of unemployment thence late marriage. Lastly, apart from choosing simpler ways of making marriages, giving preferences to local girls for the union is the responsibility of every young man. We as Muslims need to remember “Nikah” has been made easy. By complicating and making it difficult we are giving space to evils for which we would be blamable on the resurrection day.

When someone proposes marriage to one of you whose religion and character pleases you, then you should marry him. If you do not do so, there will be tribulations in the earth and the proliferation of corruption.( Hadith).  Ya Allah. If we are to fall in love, let we touch the heart of someone whose heart is attached to You. (Ameen ).

Dawood peer _ the writer is activist associated with JKSA . (davoodpeer134@gmail.com) 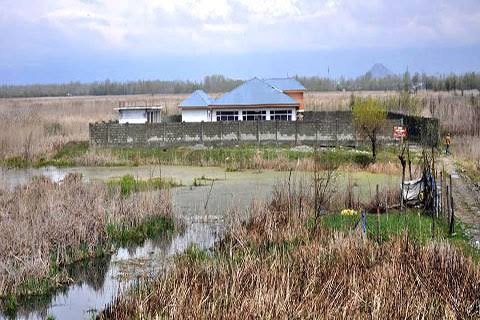 Kashmir’s wetlands continue to be degraded and, sooner or later, they will come back to haunt us