At least six Maoists were killed in an encounter in Andhra Pradesh on Wednesday. The encounter took place at Koyyuru Mandal in Visakhapatnam district under the jurisdiction of Mamba Police Station.

Officials told Indian express that the encounter occurred during a routine Greyhounds Police patrolling in the area, adding that while six militants were reported dead, several others escaped.

A few rifles and small arms were recovered after the encounter, officials said. A combing operation is underway 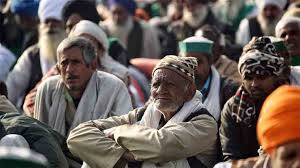 No power can prevent us from setting up panel to resolve impasse on farm laws, says SC