Kozhikode: The death toll in the Air India Express flight crash at the airport here, rose to 18 on Saturday with one more passenger succumbing to injuries.

Except one, all those who had perished in the accident have been identified,he said.

Seventeen people were killed and scores injured when the AIEflight from Dubai with 190 on board overshot the table toprunway while landing in heavy rains and fell into a valley 35 feet below and broke into two portions on Friday night.

The pilot-in-command Captain Deepak Sathe and his co- pilot Akhilesh Kumar were among those who lost their lives.

Kerala Governor Arif Mohammed Khan and Chief Minister Pinarayi Vijayan are also expected to reach the airport by around 9 AM.

An Air India Express statement on Saturday said Chairman and Managing Director of Air India, Chief Officer of the Air India Express, Chief of Operations and Chief of Flight Safety of AIX have already reached the airport here.

Special relief flights have been arranged from Delhi and one from Mumbai for rendering humanitarian assistance to all the passengers and their family members, the statement said.

The Emergency Response Director is coordinating with all the agencies in Kozhikode, Mumbai and Delhi for effective emergency response. 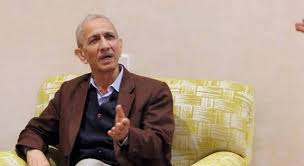