District Administration Sringar Tuesday launched a massive drive across the City and sealed over a dozen shops involved in illegal selling of the acid.

The drive was launched on the directions of the Deputy Commissioner Srinagar in pursuant to the directions of Supreme Court of India in order dated 18.07.2013 in W.P(Cr.) NO. 129 of 2016, Laxmi Vs Union of India & othersregarding sale acid/corresive substances in all Tehsils of the City including Eidgah, Shalteng, Panthachowk, South Srinagar, Chanpora and North Tehsil of the district.

During the drive, as many as 13 shops were sealed for violating the Supreme Court directions besides selling distilled water/ acid without licence.

Some shopkeepers had not also maintained the inventory register for its sale.

Meanwhile, in the wake of recent horrifying acid attack in Srinagar, the District Magistrate has constituted a Surveillance Task Force comprising of Additional Deputy Commissioner Srinagar and Senior Officers of Police & Civil Administration of district to regulate the sale of acid/corresive substances and conduct a survey regarding unauthorized/unregulated and illegal sale of acid in Srinagar district as an immediate remedial measure to fix the responsibility.

District Magistrate Srinagar has said that all strict measures are being taken by the Administration to tackle this crime and all measures will be taken to prevent such heinous crime in the society. He further said Acid attack is an assault on collective conscience of the society. 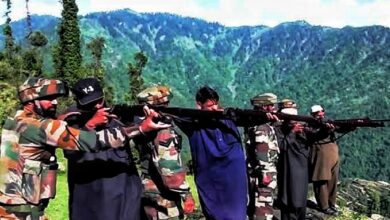