Srinagar: Jammu and Kashmir Police on Friday claimed to have busted a militant module by arresting six militant associates of Lashkar-e-Toiba (LeT) in Pulwama.

A police spokesman in a statement issued to the news agency—Kashmir News Observer (KNO) said that Police in Pulwama have busted a militant module of LeT and arrested six militant associates.

During preliminary investigation, it was revealed that these arrested militant associates were involved in providing logistics, shelter, managing and transferring militant finance and motivating youth to act as hybrid militants, police said.

“The investigating team also learnt that they were working for militant commander Reyaz Ahmad Dar @ Khalid @ Sheeraz of LeT, resident of Sethergund Kakapora Pulwama and were in constant touch with him besides, on his directions were instrumental in perpetuating militancy in the district.”

Accordingly, police said that a case under FIR number 19/2022 under relevant sections of law has been registered in Police Station Kakapora and investigation has been initiated—(KNO) 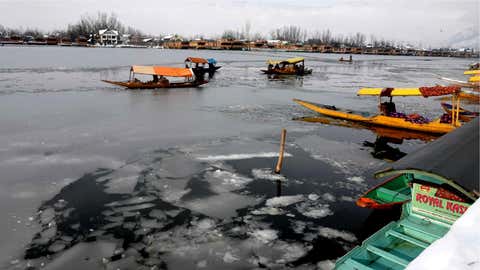