Army on Friday paid tributes to two soldiers killed in a militant attack in the HMT area on the outskirts of Srinagar.

“The mortal remains of the soldiers were taken for last rites to their native places, where they would be laid to rest with full military honour,” the spokesman said.

“In this hour of grief, the army stands in solidarity with bereaved families and remains committed to their dignity and well-being. The perpetrators will be identified, tracked and brought to justice,” the statement said.

Both the killed soldiers were part of the part Quick Reaction Team (QRT) in the Khushipora area of HMT on Thursday when militants opened fire on them.

Grenade hurled on security forces in Shopian, no casualty reported 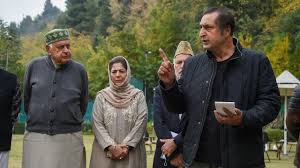