Official sources told that a civilian was shot dead by unidentified gunmen this evening at Kangan village of Pulwama.

They identified the slain civilian as Azad Ahmad Dar of Kangan.

They said Azad was shifted to nearby hospital where he was declared brought dead by the medical team.

A police officer told Kashmir Despatch that police is veryfying the incident.

Meanwhile, whole area has been cornoded to nab the attackers.(KD) 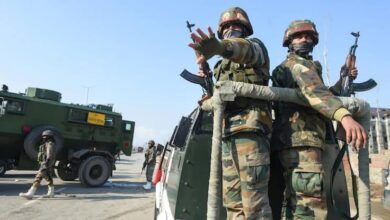