Srinagar: A policeman was on Wednesday shot dead by unknown gunman in Kulgam district of south Kashmir, officials told GNS.

They said that gunman fired upon at the cop, identified as Abdul Rashid Dar (58) son of Ghulam Hassan at Furrah area in Mir Bazar Kulgam, leaving him critically injured. He was shifted to hospital where he was declared brought dead on arrival.

Medical superintendent GMC Anantnag Dr Majid Mahrib told GNS that he was declared brought dead. . Meanwhile, entire area has been cordoned off and searches have been launched to trace the attackers, officials added. (GNS) 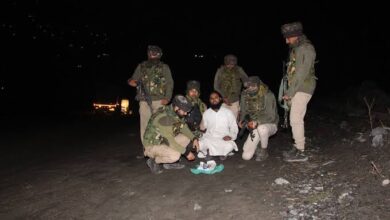