Srinagar: Two more people have died due to novel coronavirus in Kashmir Valley, officials said on Wednesday. These fatalities take the death toll due to the disease in the Jammu and Kashmir to 26—23 in Valley and 3 in Jammu.

One among the victims includes a 70-year-old man from Sarnal Anantnag who died yesterday at GMC Anantnag and report came out positive posthumously, sources told GNS. The other is a 55-year-old resident of Fateh Kadal Srinagar who had tested positive earlier this month and ultimately died of cardiac arrest, they said.

Principal GMC Anantnag, Dr Showkat Gellani, said that septuagenarian man from Sarnal with underlying ailments like pneumonia was admitted to the hospital on May 25. “He died yesterday and his sample was taken while in hospital which came out to be positive today,” he added.  he said that body was detained at mortuary and would be handed over as per the Covid-19 protocol.

Meanwhile, Dr. Salim Khan, nodal officer for COVID-19 at the Government Medical College Srinagar, told GNS a 55-years-old man, a resident of Fateh Kadal Srinagar who was shifted to CD Hospital Srinagar from Surgical ICU SMHS on May 18 died of cardiac arrest.

“He was shifted to CD hospital as operated case of Exploratory laprotomy with Appendicectomy after testing COVID Positive,” he said, adding, “ the Patient was kept intubated in SICU SMHS Hospital and then extubated, kept on NIV and then was shifted to CD Hospital. At CD Hospital, patient was improving and was hemodynamically stable. The Patient was maintaining saturation without oxygen.”

However, he said, at 4 p.m. on Wednesday, the patient developed sudden cardiac arrest. “He was immediately intubated, coupled to ventilator and resuscitated. He developed another cardiac arrest but after that he could not be revived,” Dr Salim Khan added.

With these fatalities, the death toll due to the virus upto 26 in J&K. So far Srinagar district has highest number of the fatalities—7 followed by Anantnag (5), Baramulla and Kulgam with four deaths while Budgam and Jammu have two each and one death each has been reported from Bandipora and Udhampur. (GNS) 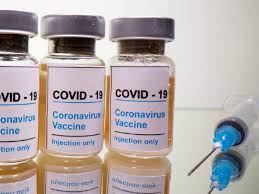