Srinagar : A central reserve police force (CRPF), personnel died while three others were injured after a vehicle they were travelling met with an accident in Nusoo area of north Kashmir’s Bandipora district on Friday morning.

An official told the news agency—Kashmir News Observer (KNO) that today morning hours a Gypsy of 03-BN CRPF skipped off the road near Nusoo area, resulting in on spot death of one CRPF personnel and injuries to three others.

He said that the injured were shifted to district hospital Bandipora for treatment.

The official identified the deceased CRPF personnel as Naresh Kumar. The injured personnel have been identified as Ravi Raj, Ankit Kumar Gupta and Vinod Kumar.

Meanwhile, a police official said that a case under relevant sections of law has been registered in police station Bandipora—(KNO) 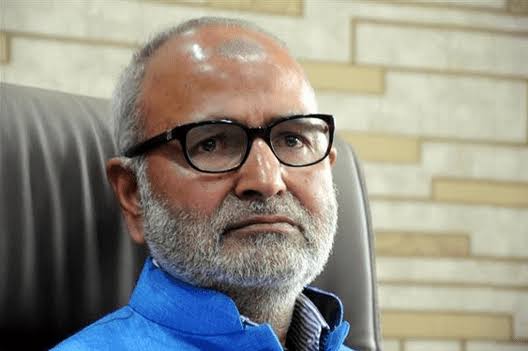