NEW DELHI: The government on Friday constituted a Delimitation Commission, to be headed by former Supreme Court judge Ranjana Prakash Desai, to redraw Lok Sabha and assembly constituencies of the Union Territory Jammu and Kashmir and the northeastern states of Assam, Arunachal Pradesh, Manipur and Nagaland, a Law Ministry notification said.

Election Commissioner Sushil Chandra and state election commissioners of Jammu and Kashmir and the four states will be the ex-officio members, it said.

Delimitation is the process of fixing limits or boundaries of territorial constituencies in a country or a province with a legislative body.

The appointment of Justice (retd) Desai will be for a period of one year or till further orders, whichever is earlier, the notification said.

Out of these 24 seats are in Pakistan-occupied Kashmir. So effectively, the seats will go up from 83 to 90 Chief Election Commissioner Sunil Arora had explained recently when reporters had asked him about delimitation of Jammu and Kashmir.

The union territory of Jammu and Kashmir came into being on October 31, 2019 after the state was reorganised and bifurcated into two union territories, Ladakh being the other.

On February 28, the government had cancelled its earlier notifications which deferred delimitation in Assam, Nagaland, Manipur and Arunachal Pradesh due to security issues, saying the exercise could be carried out “now” as the previous circumstances cease to exist.

The cancelation of the notifications had paved the way for delimitation in the four northeastern states.

The ‘order’ issued by the Legislative Department of the Law Ministry had said “it appears that the circumstances that led to the deferring of the delimitation exercise” in Assam, Manipur, Arunachal Pradesh and Nagaland “have ceased to exist and that the delimitation of the constituencies as envisaged under the Delimitation Act, 2002 could be carried out now”.

It said now the President, satisfied that the circumstances that led to the deferring of the delimitation exercise have ceased to exist, “is pleased to rescind the notification … dated the February 8 2008…”

A Delimitation Commission was set up under the Delimitation Act, 2002 to readjust the division of each state and union territory into territorial constituencies for the purpose of Lok Sabha and state assembly elections on the basis of census figures of 2001.

The Commission completed the delimitation exercise and the Delimitation Order, 2008 in respect of all the states, except in these four northeastern states.

The job of delimitation is assigned to a high power body. Such a body is known as Delimitation Commission or a Boundary Commission.

The Delimitation Commission in India is a high power body whose orders have the force of law and cannot be called in question before any court.

These orders come into force on a date to be specified by the President. The copies of its orders are laid before Lok Sabha and the state legislative assembly concerned, “but no modifications are permissible therein by them”, the EC website said. (PTI) 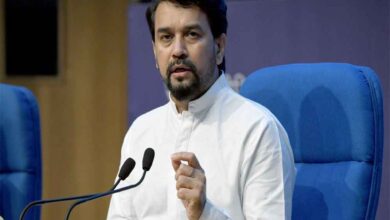 Home ministry will decide on Indian team’s travel to Pakistan but chances aren’t much: Anurag Thakur 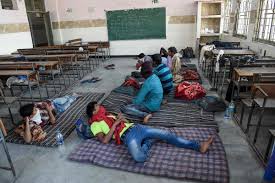 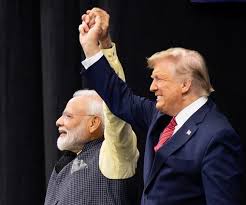 ‘See You Very Soon In Ahmedabad,’PM Tweets Ahead Of Trump’s Arrival