SRINAGAR: TADA court in Jammu on Saturday said there is enough prima facie evidence to prosecute Jammu and Kashmir Liberation Front chairman Yasin Malik in the case pertaining to the killing of Air Force officers in Kashmir in 1990.

According to the media reports, the court will give sanctions for framing of charges against the leader of banned outfit JKLF.

Yasin Malik is currently under trial for the alleged killing of four Indian Air Force (IAF) personnel and kidnapping of Rubaiyya Sayeed, the daughter of then Home Minister Mufti Mohammed Sayeed in 1989-90. 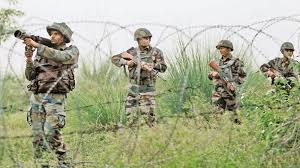