Mr. Singh, a resident of Sialsui Kalakote, had won elections several times from Kalakote assembly segment and was a leader of the National Conference for decades. He has also served as Vice Chairman of the State Kissan Advisory Board during Omar Abdullah led government in 2009-15.

The unidentified officials told the agency that the former legislator “developed some medical issues” on Sunday evening and was taken to SMVDN hospital Katra where he breathed his last at about 2 AM. Later, he was tested positive for COVID-19, they said.

“I have been informed that former legislator has been tested positive for Coronavirus,” said Deputy Commissioner (DC) Rajouri, Mohammad Nazir Sheikh.

He said that deployment of police has been made in the area to prevent any gathering in funeral. (KNO) 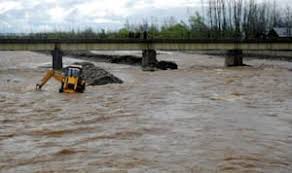