The International Monetary Fund or IMF has said it has reached an agreement with the Pakistani authorities “on policies and reforms” needed to complete the second review of the USD 6 billion loan approved for the cash-strapped country’s fragile economy, a media report said on Friday.

In July last year, the International Monetary Fund’s (IMF) Executive Board “approved a 39-month extended arrangement” under the Extended Fund Facility (EFF) for Pakistan for USD 6 billion to support its economic reform programme.

Pakistan’s finance ministry approached the IMF in August 2018 for a bailout package when the Imran Khan government took over.

“IMF staff and the Pakistani authorities have reached a staff-level agreement on policies and reforms needed to complete the second review of the authorities’ reform programme supported under the EFF,” Pakistan’s Dawn newspaper quoted IMF’s Mission Chief for Pakistan Ernesto Ramirez Rigo as saying.

The announcement was made by Mr Rigo through a brief statement after a series of engagements with Adviser to Pakistan’s Prime Minister on Finance and Revenue Hafeez Shaikh, Governor of the State Bank of Pakistan Reza Baqir and Finance Secretary Naveed Kamran Baloch through video conference over the last two weeks, the report said.Promoted: In Stores

The agreement is subject to approval by the IMF management and consideration by its executive board, which is expected in early April.

Completion of the review will enable disbursement of around USD 450 million, the IMF said.

The Pakistan authorities were tight-lipped over the “policies and reforms needed to complete the second review” but hinted that the two sides had agreed over the fact that some breathing space was required to absorb earlier shocks before further adjustment as higher than estimated inflation had put unexpected pressure on majority of the people, the report said.

An official said it was also hoped that an ongoing ease in oil prices would create room for adjustment, a component of which could become part of the next year’s budget.

He said the full disclosure of agreed upon policy actions could be “market sensitive” and should be left for appropriate time.

Normally, details regarding reviews of IMF-supported programmes are made public after the reviews are approved by the fund’s executive board and staff reports are released. The executive board meeting due for early March has now been postponed for a month until early April.

On completion of staff level discussions between February 3 and 13 in Islamabad, the IMF mission had reported considerable progress to have been made in the last few months in advancing reforms and continuing with sound economic policies.

“All end-December performance criteria were met, and structural benchmarks have been completed,” the fund had said, adding the steadfast progress on programme implementation would pave the way for the IMF executive board’s consideration of the review.

Pakistan reached an agreement with the IMF on the bailout package after marathon talks held in June last year.

Prime Minister Imran Khan had changed the entire economic team including the finance minister, chief of State Bank of Pakistan (SBP) and head of Federal Bureau of Revenue (FBR) under criticism for failure to improve the economy.

The latest deal is the 22nd bailout package since Pakistan became member of the IMF in 1950.

Pakistan has so far received billions in financial aid packages from countries like China, Saudi Arabia and the UAE. 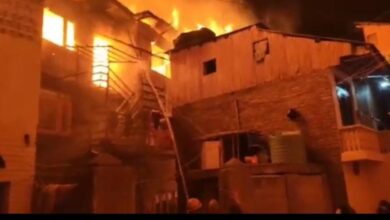 24 people died in fire incidents in Kashmir this year 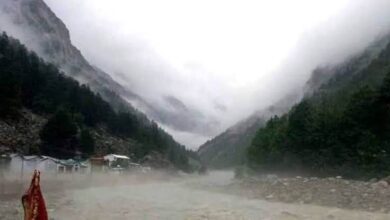