Photograph: A busy shopping street in the capital, Tehran, on June 2 [Atta Kenare/AFP]

An alarming flare-up in coronavirus cases in Iran has raised fresh fears of a broad COVID-19 resurgence, sparking official warnings of new restrictions and underlining the sanctions-battered country’s challenge of returning to post-virus normality, Aljazeera reported.

Since June 1, the number of new COVID-19 infections has been hovering near or above 3,000, reaching on Thursday its highest-ever daily total: 3,574.

As the country continued its efforts to contain the disease while also striving to revive its economy, most restrictions on business activity were removed and mosques were allowed to reopen by the end of May, even as the number of infections began rising again.

In the past two weeks, the number of daily new deaths has remained below the hundreds, ranging from 34 on May 25 to 81 on June 1. In the past 24 hours, Iran reported 63 deaths. The highest number of daily fatalities was 158 on April 4. 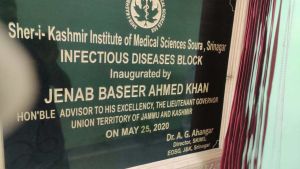