Jammu Kashmir Teachers Forum nominated a senior Trade Union leader Javid Ahmad Khan as District President Pulwama on Thurday. In a function organised at Shadimarg, Pulwama was attended by a huge gathering of teachers from various zones of the District.

Pulwama JK teachers forum nominated district body to run the affairs of the organisation besides helping teaching community of the district in resolving their day to day issues.

The Teachers whole heartedly welcomed the Leadership of JKTF & expressed their hope in leading the organization towards new heights.

They also highlighted the hardships faced by teachers during online/ofline teaching amid lockdown.

Speaking in the occasion, Mr Peer Nissar General Secretary JKTF highlighted the role of organization in achieving various milestones including “Reach out to every Child” a program which was launched by same organization.

Describing the need of revamping, Mr Peer Nissar said, it was the need of the hour in order to restore the lost glory of this organization. The Teachers of erstwhile State of J&K who had pinned their hopes in the organization were completely ignored. Moreover, the existing & enforcing Constitution of Teachers Forum was misinterpreted & ignored by some self styled leaders for their personal benefits which demaged the reputation of the organisation to the large extent.
Mr Nissar while appealing teaching fraternity of District Pulwama to join hands in order to protect the sacred organization lead by Chairman Mr Mohd Rafique Rather which is the custodian of the rights of both teaching & student community as well.and added that the leadership will leave no stone unturned in fullfilling the commentment of the organisation to the teaching community.

While addressing the gathering newly elevated District President Mr Javid Ahmad Khan extended his support & Cooperation to JKTF lead by Mr Rafique Rather for the welfare & betterment of organisation as a whole. He also vowed that he will take the mission in every corner of the District in order to strengthen the organization at grass root level.Expressing satisfaction on the working of JKTF and its chairman, Mr khan said that the what the leadership achieved in few months could not be done in two years of time headed by the so called leaders who have lost the mandate of teachers.

Urging upon teaching community to come forward to strength the hands of JKTF leadership Mr.Khan said that time has come when we need to speak in one voice to get the issues of teachers addressed. 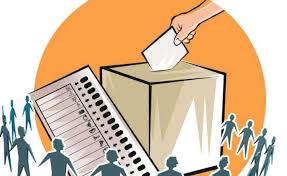 Ex-militant who was absconding since 13 years arrested in Kishtwar:Police