Srinagar: The first batch of 52 students who were airlifted from Iran and were put under quarantine in an army facility at Jaisalmeer, Rajasthan, are expected to arrive in Srinagar today, officials said.

They said first batch of students, who have completed their mandatory quarantine after remaining in an army facility at Rajasthan are being brought to Srinagar in batches. “A first batch of 52 students will reach Srinagar today later in the day. The process will continue till all students are brought back in batches,” the official told.

At least 276 students from Kashmir, who were studying in Iran, and were evacuated in the wake of outbreak of COVID-19 pandemic were kept in quarantine facility at Jaisalmer, Rajasthan. Most of these students were pursuing MBBS and other courses in Iran, one of the worst hit countries of COVID-19.

The official told that while first batch of 52 students are expected to reach Srinagar later in the day today. “Others will also be airlifted in batches,” the official said. Asked whether these students are supposed to remain in quarantine, he said that those having certificate of being negative for COVID-19 with them, will be allowed to stay in home quarantine and those who won’t be having it, will have to stay in government quarantine facility in Srinagar.

It may be recalled that the demand for evacuation of Kashmiri children studying in Iran had forced Union Minister for External Affairs Minister S Jaishanker to fly to Srinagar to meet parents of children on 9 March at SKICC, Srinagar. The External Minister had assured the parents in stress that their children would be evacuated from Iran, one of the worst-hit countries of COVID-19 across the globe, where hundreds have died so far.

Shabir Hussain, whose daughter is at the Jaisalmer army facility for the past almost a month alleged that after taking up the issue with the divisional commissioner Kashmir recently, they were annoyed to see the “cold response of the administration?” However, sources said that Lieutenant Governor Girish Chander Murmu’s advisor Baseer Ahmed Khan took up the matter with the concerned quarters in both New Delhi and Jaisalmer after which it was decided that the students ‘stuck’ in Jaisalmer will be brought back in batches from 15 April onwards. 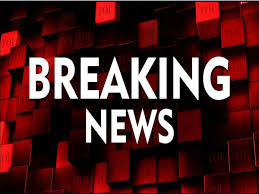