Srinagar: National Conference on Tuesday said that the party has expelled four corporators who defied its whip and voted in no Confidence Motion against former SMC Mayor Junaid Azim Mattu.

“NC had announced and directed its Corporators to abstain from participating in No Confidence motion in SMC. The four corporators out of our 11 who voted in this vote of no confidence are hereby expelled from the party. They are GN Sofi, Neelofar, Danish Bhat and Majid Shulloo,” party said in a tweet. It was later retweeted by the party’s vice president Omar Abdullah. Mattu lost the non confidence motion moved against him early Tuesday.

“The vote of ”No Confidence Motion” against me, and the @JKPC_ (Jammu and Kashmir People”s Conference) has been passed in the SMC with 42 votes out of 70. The @BJP4India, @JKNC_ (Jammu and Kashmir National Conference) and some independents have polled against the @JKPC_ and @INCIndia abstaining whip where 28 Corporators abstained,” Mattu said in a series of tweets. “I respect the verdict of the Corporation,” he said. (GNS) 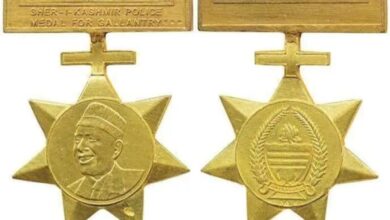