Srinagar: The night temperatures decreased across Kashmir with Gulmarg recording the highest plunge to remain the coldest place in the Valley, the weatherman said on Tuesday.

A meteorological department official here told GNS that Srinagar recorded a low of minus 0.9°C against minus 0.2°C on the previous night. However, the temperature is above normal by one degree Celsius for this time of the year.

Against minus 1.0°C on the previous night in Kupwara, the mercury settled at minus 1.8°C in the north Kashmir district, the official said.

Gulmarg, the world-famous skiing resort, recorded a low of minus 11.0°C against minus 9.6°C on the earlier night, the official said.

Kashmir is in the middle Chillai-Kalan, the 40-day winter period which commenced on December 21 and ends on January 31. The period is considered the harshest of the winter when the chances of snowfall are most frequent and maximum.

The Weatherman has forecast “mainly dry weather” in the next 24 hours and “no signifi cant change till January 18”. 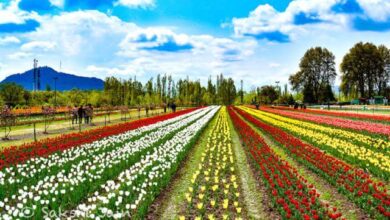 Tulip garden to shut for visitors on April 18 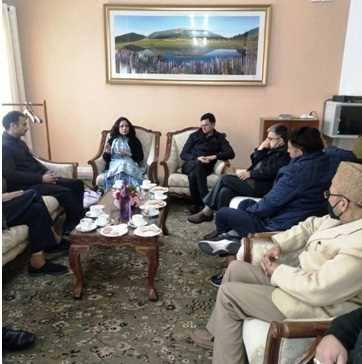