Talking to reporters on the sidelines of a maiden rally at S K Park Srinagar, Bukhari said that in his rally, transporters, traders, hoteliers, houseboat owners and other sections of the society participated. “We wanted to show that we are with the various stakeholders of Kashmir,” he said

He said that a  “narrative” was set by the various political parties in J&K that casting a vote will change the Kashmir issue but that very “narrative” stands changed as peoples’ participation in the ongoing DDC polls signifies that common masses have realized that “polls and the political issue of Kashmir are two different things.”

Asked whether he blames BJP for the Kashmir mess, Bukhari said that he blames BJP equally as Congress, NC, PDP and others for the “political mess in Kashmir.”Bukhari said that Apni Party is 9-month old as it was constituted in March this year. “We are like a 9-month old baby. A baby has been delivered in the form of Apni Party and it will grow now. We don’t claim that we will win a majority of seats in DDC polls, but we will surely leave our mark and presence felt,” he said.

Asked whether PAGD is a challenge for him, he said he has not met alliance leaders so far. “They have met each other and formed an alliance. They must be seeing others as a challenge. There is no challenge for us,” he said.

On the delimitation commission, he said that exercise is going on and Apni Party is participating in it. “We will ensure that there is no injustice with any region or any district. If any discrimination is found, I will be the first person who along with my party will raise voice against that,” Bukhari said.

To a query why other parties aren’t allowed to hold political rallies, Bukhari said that it wasn’t true as in Sogam area of Kupwara NC held a parallel rally to that of Apni Parties in the same area. “I don’t think anyone is barred from holding any rally anywhere,” he said—(KNO) 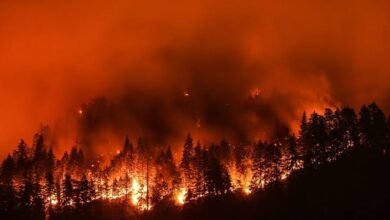 Labourer electrocuted to death in Anantnag