School Education Department placed ten teachers of District Bandipora under suspension on the pretexr of delay in the verification of NMMS forms which created
hue and cry among teachers fraternity as the suspension order has been issued in haste without calling an explanation from the suspended teachers, JK teachers forum said in a statement.

The statement reads, “It is not hidden to anyone that due to 2G internet delay occurred in all online submissions but, unfortunately, teachers are always targetted and made scapegoats.”

It is pertinent to mention here that these scholarship forms had to be verified twice which was a tedious job in 2G net and teachers throughout the valley accomplished this task successfully
but instead of encouraging this community, the authorities hurt them, JKTF said.

Mr. Bhat termed the suspension of teachers, for not completing the verification of students on the National scholarship portal on time “unfortunate”.

In a statement issued today Mr Bhat said that teachers should have been given a chance to explain their position by calling an explanation.

“Teachers have done their duties honestly and sincerely everywhere especially during the Pandemic and tried their best to reach out to the students, instead of degrading and distressing teachers, a friendly approach ought to have been adopted in this particular case,” statement reads.

Bhat appealed the DSEK to look into the matter and suspended teachers to be given a chance to explain their position as to what caused the delay which will be in consonance of justice.

Mr. Bhat hoped that the concerned officers will revoke the orders issued in happiness so that justice prevails. 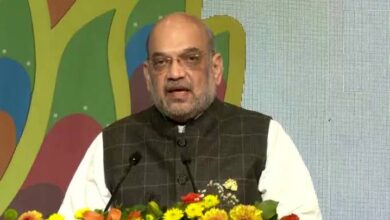 Abrogation of Article-370 was a thoughtful decision, says Amit Shah