Srinagar: Jammu and Kashmir Police Chief DGP Dilbag Singh on Wednesday said that the three militants killed in a gunfight with the counter-insurgent forces in Tral area of south Kashmir’s Pulwama district on Wednesday were affiliated with Hizbul Mujahideen.

While addressing a press conference in Srinagar, DGP identified the slain as Jahangeer Rafiq Wani, Raja Maqbool residents of Tral and Saddat Ahmad Thokar a resident of Bijbhera.

A large number of arms and ammunition including two pistols and grenades were recovered from them, he added.

He said that the trio was involved in several acts of militancy and several FIRs were registered against them.

He added that Jehangir was also involved in the killing of two civilians identified as Mehraj Din Zargar and Ghulam Nabi Mir.

He said that ten encounters between militants and forces took place in Jammu and Kashmir in the year 2020.

The DGP further informed that around 23 militants have been killed so far this year. 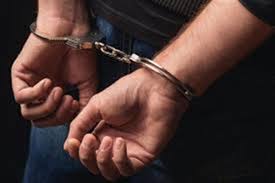