Two persons, including a militant, were held during a search operation in Chatpura village of south Kashmir’s Pulwama district, army said on Sunday.

In a statement, an army spokesman said that a joint operation was launched late last evening based on intelligence inputs about presence of a person from Handwara, who was actively involved with the militants.

“Cordon was established and (the) person was apprehended,” he said.

He said interrogation on the spot revealed the presence of a militant in a nearby Madrassa.

During further search operation, a militant(name withheld) was apprehended, he said, adding that the joint operation has ended. 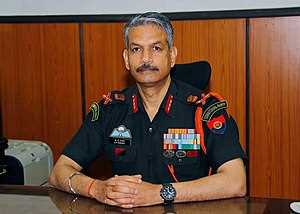