Budgam: Fata Begum, the wife of Mohammad Ramzan Parray of Hukhlatri village, suffers from hypertension. The doctor had advised that Begum monitor her blood pressure regularly and be mindful of hypertensive symptoms to avoid complications such as a heart attack or stroke.

“Due to the lack of a basic health facility [here], Fata is forced to visit the sub-district hospital at Beerwah, which lies 15 km from the village, even for minor checkups,” Parray told . “If there were dedicated staff at our sub-health centre, then my wife and other such patients would not have to face this inconvenience for treatments.”

Self-sufficient community — then and now

Although health services come under the purview of the government, the residents of Hukhlatri village of Budgam district, Central Kashmir, were forced to take matters into their own hands back in 1989, after their repeated requests for a local health centre fell on deaf ears. This medical unit, which had been serving nearby villages for the past three decades, collapsed in 2018 due to heavy snowfall.

Mohamad Akbar Dar, a retired teacher, recalled: “In 1989, we approached the district administration and concerned ministers and MLAs to provide us with a basic healthcare facility. We had to use our own homes as makeshift immunisation centres in those days. However, when the government failed to establish even the minimum infrastructure, the village committee inspired the villagers to raise funds to construct a health centre on public land.”

Gh Mohideen, a retired police officer who’s currently the chairman of the village awqaf board, said, “After the building was constructed, we approached the then MLA Mir Lasjan, who pushed the Health Department to post the staff members required at this centre.”

Since then, this medical unit has catered to the healthcare needs of the residents of Hukhlatri, Bagander, Danas, Lasipora, and Ramhuma villages, which have a combined population of around 6 thousand people.

“It had been functioning smoothly and providing medical attention for minor health issues,” added Mohideen. “On the rare occurrence of an accident or emergency, the paramedical staff posted here would offer first aid.”

In 2018, the sub-health centre collapsed after heavy snowfall pummelled the Valley, halting all health services in the village. Doctors would hardly visit, but one nurse and a medical assistant remained available during the working days of the week.

The village committee (awqaf board) made multiple representations to the district administration and panchayat regarding the reconstruction of the centre. But they did not allocate any funds to rebuild the structure.

“We raised the issue at the Back to Village Programme in 2020, but nothing substantial was done,” Mohideen said.

‘Back to Village’, an initiative of the Jammu and Kashmir government, is a public outreach programme that helps engage villagers directly with officials of different departments to redress the issues that need immediate government intervention.

Mohmmad Shafi, deputy sarpanch of the village, said: “We raised the issue before every concerned official—from the district commissioner of Budgam to the block medical officer and District Development Council—but we failed to raise any funds through them. Not one person responded to our demands.”

Mohideen, the awqaf chairman, further added: “After waiting six months for the bureaucratic and panchayat machinery to act and redress the problem, we decided to construct it through the awqaf fund. Local households donated funds for the welfare of the village.”

In 2021, the Awqaf board completed the construction of the new health centre at a cost of around Rs 10 lakh—an exorbitant amount to be borne by the villagers.

Awqaf board to the rescue

The local village committee, called the awqaf board, has been instrumental in liaising between the government and villagers and assisting with public projects that serve the community.

Awqaf (also spelt awkaf or auqaf, singular waqf/wakf) is an Arabic word, meaning assets that are donated, bequeathed, or purchased for being held in perpetual trust for general or specific charitable causes that are socially beneficial. Some of the causes supported through awqaf include poverty alleviation programmes, disaster relief, free health services, religious and contemporary education, heritage, culture, and environment. Thus, in addition to being a religiously significant institution, the idea underlying awqaf can be of significance to the larger development of the community. Historically, awqaf have played a significant role in providing sustainable finance for many basic social services, including—but not limited to—education and health.

In the same spirit, the village awqaf committee comprises local residents who work voluntarily in service of the community, managing charitable donations contributed by individuals or groups, mediating between the government and residents and, when the need arises, providing concrete support for public projects within the village—even if it means they complete the task themselves.

The awqaf board is actively involved in resolving local issues proactively. For instance, when heavy snowfall descended on the Valley rendering all roads unmotorable and plunging villages into darkness, they received negligible government assistance in clearing the streets or restoring the power supply. The village awqaf committee sprang into action and spearheaded the mission to remove the snow, de-ice the roads and assist the Power Development Department (PDD) in restoring electricity with the help of the local youth.

Even though the board took the initiative to build the village a health centre, the paramedical staff stationed there lacked basic accommodation facilities, like electricity, in the old building. The new building offers better accommodation; it was completely renovated, painted and equipped with power supply. However, the centre still lacks basic staff like doctors and other necessary medical personnel, for which the government sanction has not been granted yet.

A Health Department employee told : “The nurse posted here remains engaged in multiple tasks of the department, including vaccination duties in other villages, meetings and other official work. So she cannot stay at this sub-health centre the whole week.”

According to the Sub-Health Centre Guidelines of 2012, two auxiliary nurse midwives should be posted at the centre. It should be ensured that at least one of them is available at the centre, and that it remains open for OPD services on all working days. Only one of them may offer outreach immunisation services at a time. However, the nurses posted at this centre remain engaged in outreach services.

Saja Begam, a resident of Hukhlatri, demanded that regular paramedical staff be posted here, including doctors who can perform minor medical tasks like checking blood pressure, administering an injection and other first-aid treatments.

“Most households live in poverty, and they cannot afford the fare to visit another hospital for minor treatments. The block medical officer should allot a doctor for at least two days a week and regular paramedical staff, so we are not forced to wander in search of different hospitals,” she added.

In response to the allegations of neglect, Block Medical Officer of Beerwah Dr Javed Ganaie, said: “Since the awqaf body established the building, we could not reconstruct it after its collapse, as it was beyond our jurisdiction and duty. However, now that the awqaf rebuilt it, we have posted a nurse (tabassum) at the sub-health centre.”

“We are making attempts to provide more staff here,” he added. “It now functions as an immunisation centre, but we will upgrade it to the Centre-sponsored scheme as soon as possible. A mid-level health provider or doctor will be made available, and its infrastructure upgraded. Other health facilities such as blood, urine and sugar level tests, as well as provision for medicines, will be provided here, including treatment of other minor health issues.” 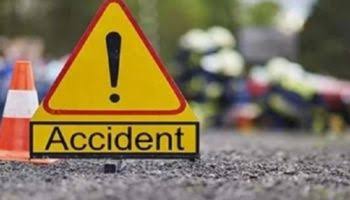 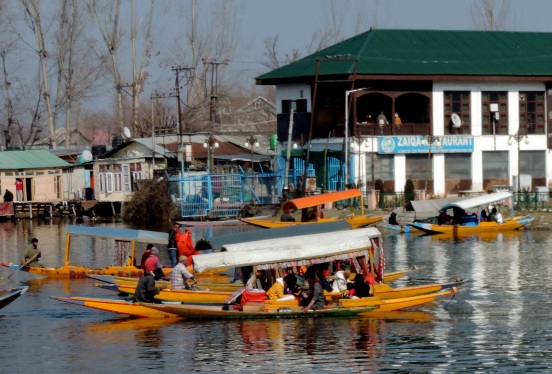 Night Temp Rises Above Normal Across Kashmir; 70% Chances Of Rainfall On March 21, 22