A policeman who was critically injured on Tuesday in a “brief shootout” with militants near Zoonimar area of Central Kashmir’s Srinagar district has succumbed to his wounds.

A top police officer while confirming it told GNS that the constable Aamir Hussian, who had bullets injuries in upper parts of body including neck, died at SKIMS Soura.

Earlier, he said that there was a brief shootout in which the 30-year-old policeman was critically injured.

The officer said that militant was also injured and probably has escaped from the spot.

Meanwhile, the whole area has been cordoned off. (GNS) 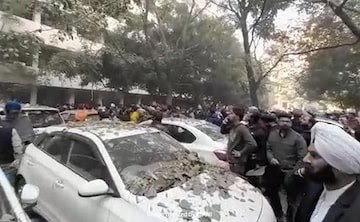