Srinagar: Government has suspended a deputy prosecution officer (prosecuting officer), more than three weeks after his arrest by police after he was allegedly found to be in possession of contraband in Rajouri district.

According to an order by JK Home Department, a copy of which lies with GNS, the suspension shall be deemed to have been with effect from May 4, the day he was arrested.

“As per the report received from the Director General of Prosecution, J&K, Waseem Ahmad Qureshi, Assistant Public Prosecutor in the Court of Judicial Magistrate, Ukhral (Prosecuting Officer), while on his way from Rajouri on 04 May 2020 was found to be in possession of 08 grams of contraband, by the Police party of Rajouri,” the order said.

“On account of having remained in Police custody for more than forty eight hours, (he) is required to be placed under suspension in terms of the provisions of Civil Services (Classification, Control and Appeal) Rules, 1956,” the order said, adding, “Now, therefore, pending further enquiry into (his) conduct, he shall be deemed to have been placed under suspension w.e.f. 04.05.2020 i.e. the date since when he has been in custody.” (GNS) 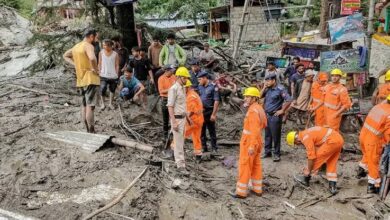