Srinagar: Various stakeholders of Kashmir’s tourism sector Thursday urged the visiting Parliamentary delegation to put a word across at New Delhi to ensure highway uncertainty ends in the Valley once for all and that the air-travel is made more convenient with genuine fares so that tourism picks up in the region.

The stakeholders also demanded better roads and road connectivity if the Government of India wants to give Kashmir tourism a boost stating that frequent closure of Srinagar-Jammu highway is the main reason for “mess” in Valley at a time when tourism needs a push.

Talking to news agency—Kashmir News Observer (KNO), after meeting the delegation, Kashmir Chamber of Commerce, Industries (KKCI) President Sheikh Ashiq Hussain said: “We put across our view point before the committee and we are hopeful that they will take our pleas forward. We demanded end to the Srinagar-Jammu highway closure once for all. The highway closure triggers mess across the Valley.  As soon as the highway gets closed, the Air fares goes high. We urged the MPs to ensure that air travel is made convenient so that it will become easier for everyone to travel. See despite repeated promises by the previous regimes and officials on improving the highway condition, we see closure of this only road link again and again. We demand there should be an accountability and punishment to the agencies and officials who fail to meet the deadlines.”

Speaking to KNO after meeting the delegation, president Kashmir Houseboat Owners Association Hameed Wangnoo said: “We explained the series of issues confronting the houseboat owners. We also presented a memorandum. Every year such delegations come, but so far nothing except assurance is what we get. Let’s hope this time, our demands are met. We demanded a direct rail link between Srinagar and Jammu and raised the air-fare. We told them that Srinagar-Delhi airfare is so high that a tourist would think twice about visiting Kashmir. When highway gets closed, air-fares go sky-rocket, which is injustice.”

All J-K Shikara Union President Ghulam Ahmed Kolu said that they explain the ill plight of Shikara owners to the MPs stating that all the promises made to them turned out to be hollow. “We have now demanded soft loans to revive our business so that tourists enjoy Shikara rides in Dal and Nigeen lakes,” he said.

Chairman United Tourism Forum Manzoor Ahmed Pakhtoon, who also met visiting delegation, told KNO said that they briefed the MPs about the issues confronting tourism, culture and transport. “We told the MPs that tourism has suffered since past 30 years. We have been frequently telling the GoI about the series of problems tourism sector is facing.

We told the delegation that people associated with tourism are on the verge of starvation and grant-in aid or a financial package was what we demanded strongly for tourism revival in Kashmir,” he said. “We also raised the houseboat extinction issue as from 2500 houseboats, the present number is just 950.”—(KNO) 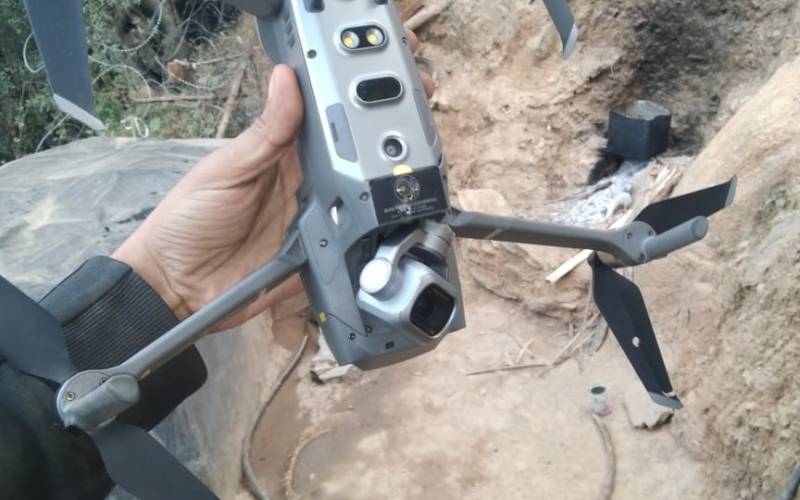 Quad-copter shot down in Keran sector in Kupwara: Army