ANANTNAG: The Jammu Kashmir Police along with wildlife officials in South Kashmir’s Islamabad (Anantnag) township on Saturday morning raided a house in the Sherpora area of the township and recovered banned skins of animals.

An official told The Kashmiriyat that animal skins of Lions, Leopards, and Bear were recovered from an individual (name undisclosed) who was also taken under detention.

Providing details of the incident, the official said that the Anantnag Police headed by SHO Saddar Anantnag raided a house in Shirpora area in the wee hours of Saturday and recovered banned animal skins from a house and took the owner of the house under detention.

The Police have registered a case in this regard and started further investigation into the incident. 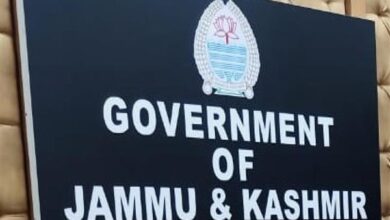 22 officers of different cadres, services posted in J-K to address shortage of manpower