Srinagar: Doctors Association Kashmir (DAK) on Sunday said most of the people who are infected by the novel coronavirus in Kashmir valley are young and middle aged.

Dr Nisar said along with age, the gender-wise difference is also visible in confirmed cases. Our data reveals out of 989 cases, 597 (60.36 percent) are males, while 391 (39.53 percent) are females. “21 pregnant women are tested positive for the novel virus. One 8 month old infant is the valley’s youngest Covid victim,” he said.

Dr Nisar said Kashmir is among the highest Covid-19 case density areas in the country which is 141.28 cases per million of the population. “97 percent cases were either asymptomatic or had mild disease. Only 2 percent patients had severe disease and just 1 percent had critical illness,” he said.

Dr Nisar said the Covid death rate in Kashmir valley is 1.011 percent which is below than the national average of 3.15 percent. “Ten patients have succumbed to the disease. 8 of them were males while two were females. 7 of them were above 60 years of age and 8 had underlying medical conditions. Though the virus is fatal in elderly and those with medical conditions, we had one death in a pregnant woman and a young male 32 years of age died due to the disease,” he added.

“While the percentage of positive cases in Kashmir valley as per our data is 2.2 percent, the recovery rate is 48.7 percent which is more than the national average which stands at 35.09 percent,” said Dr Nisar.(KNS) 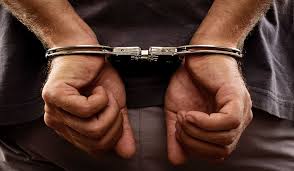