Srinagar: One militant was apprehended during a gunfight in Chadoora area of Central Kashmir’s Budgam district on Friday.

Inspector-General of Police Kashmir Vijay Kumar told a local news gathering agency Global News Service (GNS) that one militant was arrested during firefight in Chadoora along with an AK-47 rifle.

He was associate of deserted SPO who three days backs fled from the SOG camp Chadoora with 2 AK-47 rifles, IGP added.

As per the sources the arrested militant has been identified as Jahangir Ahmad Bhat of Chadoora, who had recently joined the militancy.

Meanwhile, SPO Altaf Hassan managed to escape from the site during the gunfight.

Earlier, according to the reports, a joint team of police, Army’s 55 Rashtriya Rifles and Central Reserve Police Force launched a cordon-and-search-operation in Chadoora . 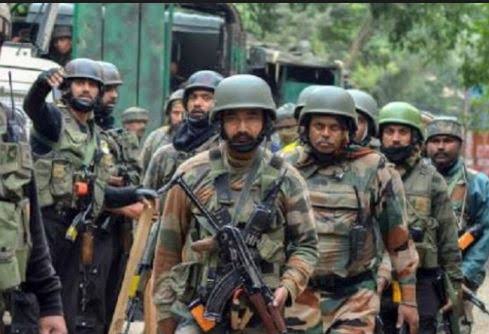 Centre to withdraw 100 companies of paramilitary forces from J&K