The BJP lashed out at the People’s Alliance for Gupkar Declaration (PAGD) on Sunday, a day after the alliance announced it would contest the upcoming first-ever District Development Council (DDC) polls in Jammu and Kashmir unitedly, saying it is only after power and is befooling people about seeking the restoration of the erstwhile state’s special status.

The PAGD — an alliance of seven mainstream parties of Jammu and Kashmir seeking the restoration of the erstwhile state’s special status — announced on Saturday that it would contest the DDC polls unitedly not to allow the sacred space in democracy to be “invaded or marauded by divisive forces”.

Terming the alliance the “Gupkar Gang”, Jammu and Kashmir BJP’s general secretary and Kashmir affairs in-charge Vibodh Gupta said the parties in it are after power and people should understand their intentions.

“If the alliance is against the Constitution of India, then how come is this gang fighting the DDC election under the same Constitution? Those who will emerge as winners will have to take oath under the very Constitution that the Gupkar Gang is opposing,” Gupta told reporters at a press conference here.

He said the PAGD’s decision to contest the DDC polls reflects the “dual politics” being played by it.

“This is how the Gupkar Gang is playing cheap politics and trying to befool people. On one hand, they want to remain in the system and gain power, but on the other hand, they are opposing the same Constitution under which they are supposed to take oath,” the Bharatiya Janata Party (BJP) leader said.

He said the alliance is afraid of the saffron party’s “growing popularity” in Jammu and Kashmir and thus, has decided to stay united against it in the DDC polls.

“Ultimately, they showed their intention yesterday that this gang has been formed to come back to power because they cannot remain without power. We also welcome this.

“They said they will not allow the BJP to win in the Kashmir valley. Now, the BJP has become the greatest challenge to the alliance in the valley. I thank the workers of the BJP for this because they have risked their lives to realise Prime Minister Narendra Modi’s vision of peace, progress and development in Jammu and Kashmir,” Gupta said, adding that people should understand the intentions of the National Conference (NC) and People’s Democratic Party (PDP) leaders.

Referring to PDP president Mehbooba Mufti’s remarks that she would not hold the national flag till the flag of the erstwhile state was restored, Gupta said if her party workers win in the DDC polls, they will have to take oath under the tricolour.

“Whoever wins in these polls will have to hold the tricolour. Mehbooba should tell people whether she retracts her statement against the Constitution and the dignity and honour of the tricolour. If she does that, the BJP will welcome it,” he said.

Gupta demanded that an FIR be lodged against NC vice-president Omar Abdullah.

“Omar has said their fight is for the rights of the people and not for elections. So what has happened now? Also, his another painful statement that the youngsters of Kashmir will again pick up guns — I want to ask him, who was responsible for the youth picking up guns in 1989? Jammu and Kashmir has had your governments for the last 60-70 years. This is a provocative statement and I demand an FIR be registered against him by the police. He does not want the bloodshed to end here and let Kashmir grow and prosper,” he said.

The BJP leader said the saffron party will contest all the DDC seats across Jammu and Kashmir and show the “Gupkar Gang” its real strength.

“We will win with a huge majority and make the lotus (BJP’s poll symbol) bloom in the valley,” he said.javascript:void(0)X 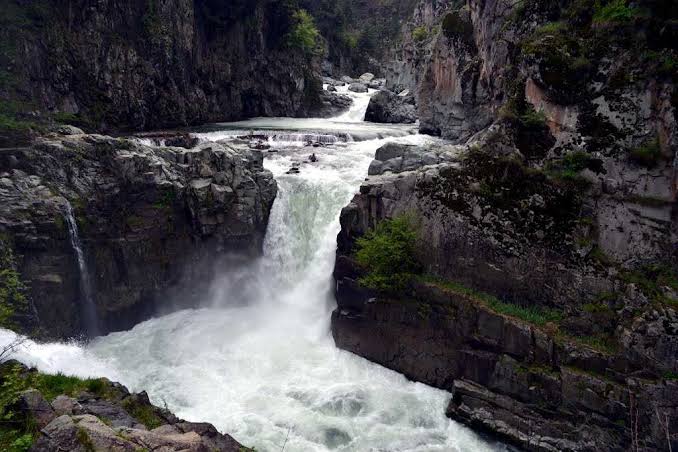 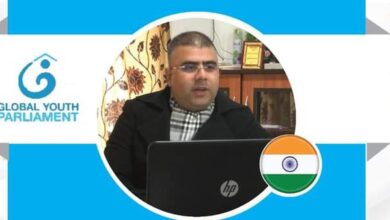