A glacier broke off in Joshimath in Uttarakhand’s Chamoli district on Sunday, causing a massive flood in the Dhauli Ganga river and endangering the lives of people living along its banks. Massive destruction is feared.

“Representatives of the power project have told me that they are not being able to contact around 150 of their workmen at the project site,” she said. Though details are awaited, several districts, including Pauri, Tehri, Rudraprayag, Haridwar and Dehradun, are likely to be affected and have been put on high alert. Uttarakhand Chief Minister Trivendra Singh Rawat appealed to people to not spread rumours through old flood videos.

He said all districts concerned have been alerted and people have been asked not to go near the Ganga.

Rawat cancelled all his programmes scheduled for the day. He is likely to visit Chamoli to take stock of the situation. 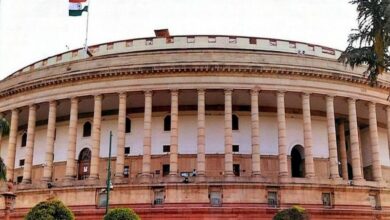