SRINAGAR: Four people, hailing from Bandipora district, tested positive for coronavirus on Wednesday, taking the the number of cases in Jammu and Kashmir to 11, officials said.

He also said all the five people who have tested positive — four fresh cases and one from Tuesday — were reported to have participated together in a religious event.

Authorities were collecting individual details of travel history and local contacts of each of the fresh cases, a senior official said here.

With these, the total number of positive cases in the valley has gone up to eight and in the union territory to 11.

Three of the infected people — two in Jammu and one in Kashmir — have recovered from the disease, the officials said. 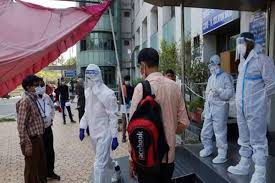